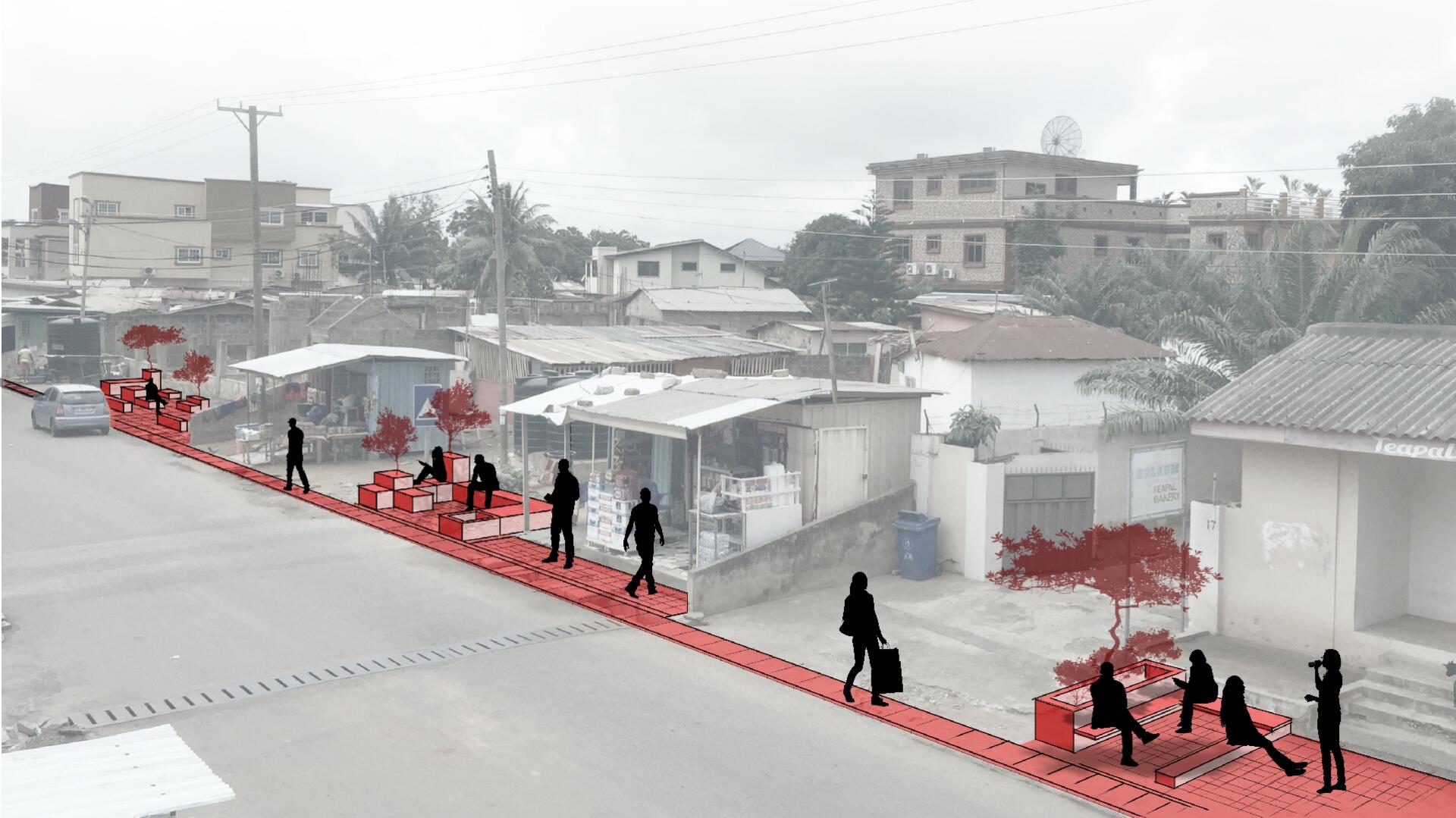 Located at East Legon – one of the fastest growing suburbs in the capital city of Ghana (Accra), is a small village whose survival is threatened by the exclusivity of property developments in Accra. On behalf of the Vienna based [a]FA research lab at the IOA (Institute of Architecture – University of Applied Arts, Vienna), Abdul-Rauf Issahaque and Dominique Petit-Frère conducted a field study titled; East Legon Past Forward which aimed at investigating the spatial, infrastructural, environmental and cultural phenomena of the Abotsiman settlement. This is a continuation of the space between spaces as a possible intervention.

Abotsiman is the old village in the study area of which most residents are natives. Through investigating its spatial dynamics, it was discovered that the recent [r]urban developments that surrounded the native settlement were enclosed by fencing systems that could only be accessed with permission. The native settlement on the other hand had a complex network of pathways connecting century-old households and family compounds, enhancing social contact between natives while also providing children with recreational spaces to play. However, as modern developments continue to expand and pressurize the native residents of Abotsiman, local individuals are quickly building concrete block walls as a means of demarcating land space to protect and secure their livelihood. In the event of doing so, the permeability of the settlement slowly begins to diminish, thus creating mental, physical and social barriers between neighbors. For this reason, and in this capacity, the objectives for the intervention aims at working collectively with the indigenous group to break the physical and mental barriers that exist in Abotsiman.