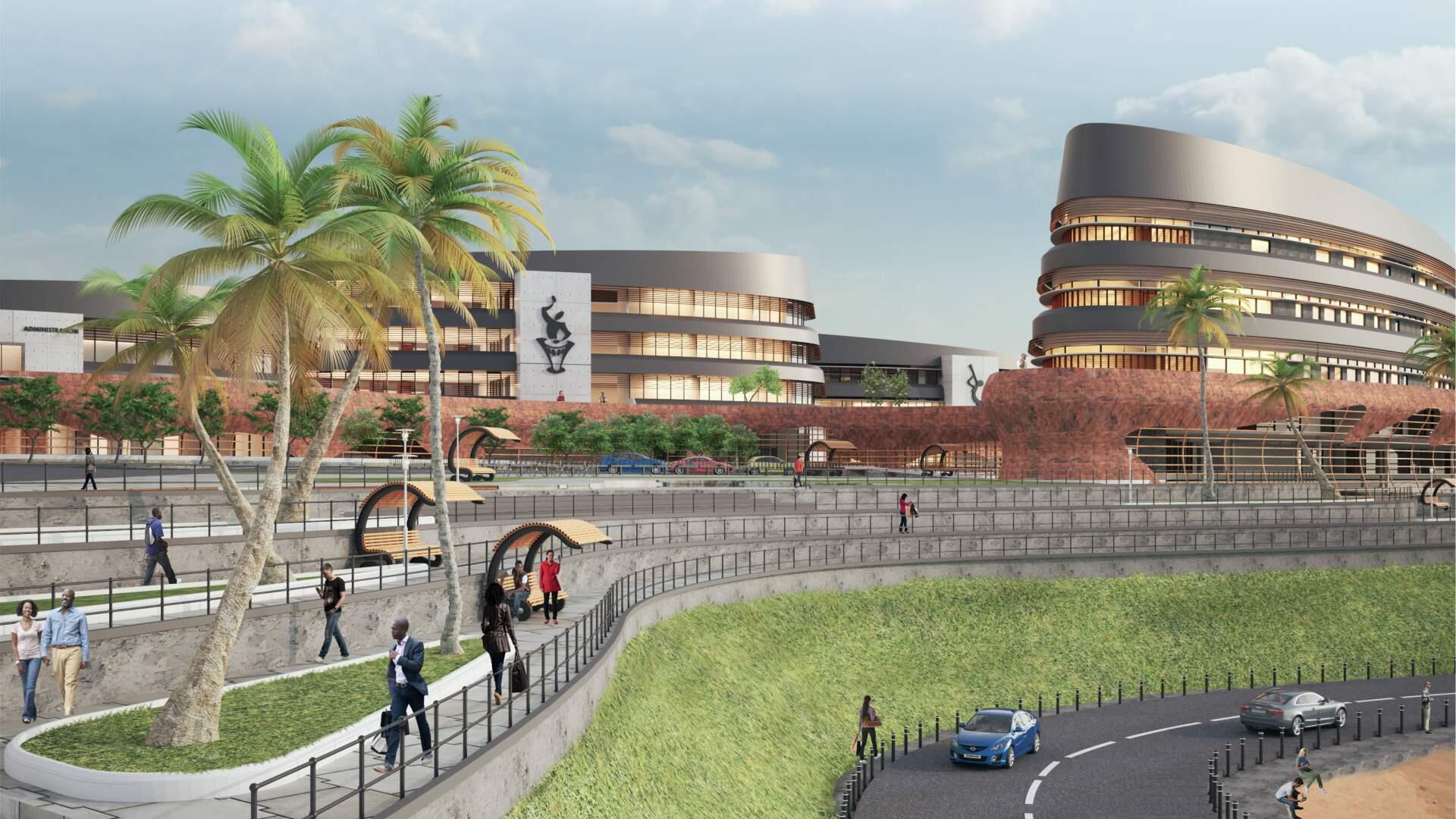 The project site is located within the Marine Drive Master Plan which is a development project that seeks introduce a new waterfront promenade that integrates the important nodes along the beach in Accra Central into a cohesive urban core. This master plan is also aimed at uplifting the country’s legacy and preparing for the future; using the city’s best assets like its markets and leisure parks. The area accommodates many state institutions. It also plays host to the Center for National Culture (the country’s art center), which houses a renowned textile, drums and carving market and the national art gallery, and thus is a one-stop shop for the cultural artifacts of all 10 regions of Ghana and most of Africa. JEAM High Street also plays a pivotal role in Ghanaian history. Along the street lies the Ministries Area, which is surrounded by public infrastructure, state-owned buildings, and national monuments for civic activities.

The primary concept guiding the functional relationships of facilities on the layout is based on the principle of a hierarchy of privacy where the most public facilities closest to where guests are expected. Also, as a way of integrating the facility with the activities of the existing Arts Centre, a Music Park was introduced which serves as a public landscape interface joining the two facilities. Orientation of the buildings was generally done to have the least surfaces exposed to solar ingress, especially the western sun and hence reducing the cooling load of the facilities. The academic block and administration block were tilted a bit off the north-south orientation to achieve better views onto the ocean.

An atrium was introduced in the design to light up the facility and also help the building ‘breathe’. The corridors are mainly ventilated through stack effect, where fresh air enters the facility at certain areas and warm air escapes through vents on the atrium. Also, the therapeutic garden on the mezzanine floor, where the Music Therapy department is, to help purify the air within the building as well as bringing nature closer to student musicians for inspiration. There has also been a conscious effort to create a BALANCE in African and Western cultures every aspect of the design; in terms of music curricula, performance spaces, building materials and finishes, and the use of indoor and outdoor spaces.